In certain circles of San Francisco, a case of syphilis can be as common and casual as the flu, to the point where Billy Lemon can’t even remember how many times he’s had it.

This story is from a partnership that includes NPR, KQED and KHN. It can be republished for free.

“Three or four? Five times in my life?” he struggles to recall. “It does not seem like a big deal.”

At the time, about a decade ago, Lemon went on frequent methamphetamine binges, kicking his libido into overdrive and silencing the voice in his head that said condoms would be a wise choice at a raging sex party.

“It lowers your inhibitions, and also your decision-making abilities are skewed,” said Lemon, who is 50.

He’s sober now and runs the Castro Country Club in San Francisco — which is not a resort, but a place where gay men come to get help with addiction, especially meth. Lemon said syphilis comes with the territory.

“In the 12-step community, if meth was your thing, everybody had syphilis,” he said.

In California and the U.S., about half of syphilis cases are in men who have sex with men. More than a third of women in the West who have syphilis also use meth, which has surged in recent years. These are just some of the trends causing overall national cases of sexually transmitted diseases to hit an all-time high for the last six years in a row, reaching 2.5 million. And the consequences are now trickling down to babies, who are contracting syphilis from their mothers: Congenital syphilis rates nearly quadrupled between 2012 and 2019.

This was all before the coronavirus pandemic took hold in the U.S., and with contact tracers and testing supplies diverted from STDs to covid-19, the CDC is predicting 2020 numbers will be no better.

“We are quite worried about this and have seen this trend over time,” said Dr. Erica Pan, California’s state epidemiologist. “Unfortunately, with years of not having enough funding and infrastructure in public health, and then in this past year, of course, both at the local and state level, a lot of personnel who had been focusing on STDs and syphilis follow-up have really been redirected to the pandemic.”

There’s No Single Cause

Many factors have contributed to the rise of STDs, and syphilis in particular.

In San Francisco’s gay community, for example, the rise of mobile dating apps like Grindr and Tinder made finding a date “faster than getting pizza delivered to your home,” said Dan Wohlfeiler, an STD prevention specialist and co-founder of Building Healthy Online Communities, which uses these apps to improve gay men’s health.

When the dating apps first came on the scene around 2009, they made it harder for disease investigators to track the spread of STDs and notify people who may have been infected, because men don’t always know the names of the men they hook up with.

“They sometimes only know their online handle,” said Dr. Ina Park, associate professor at the medical school of the University of California-San Francisco and author of “Strange Bedfellows,” about the history of STDs. “And if the sex didn’t go well, then sometimes they will block the person from their app and they don’t even know how to reach that person again.” 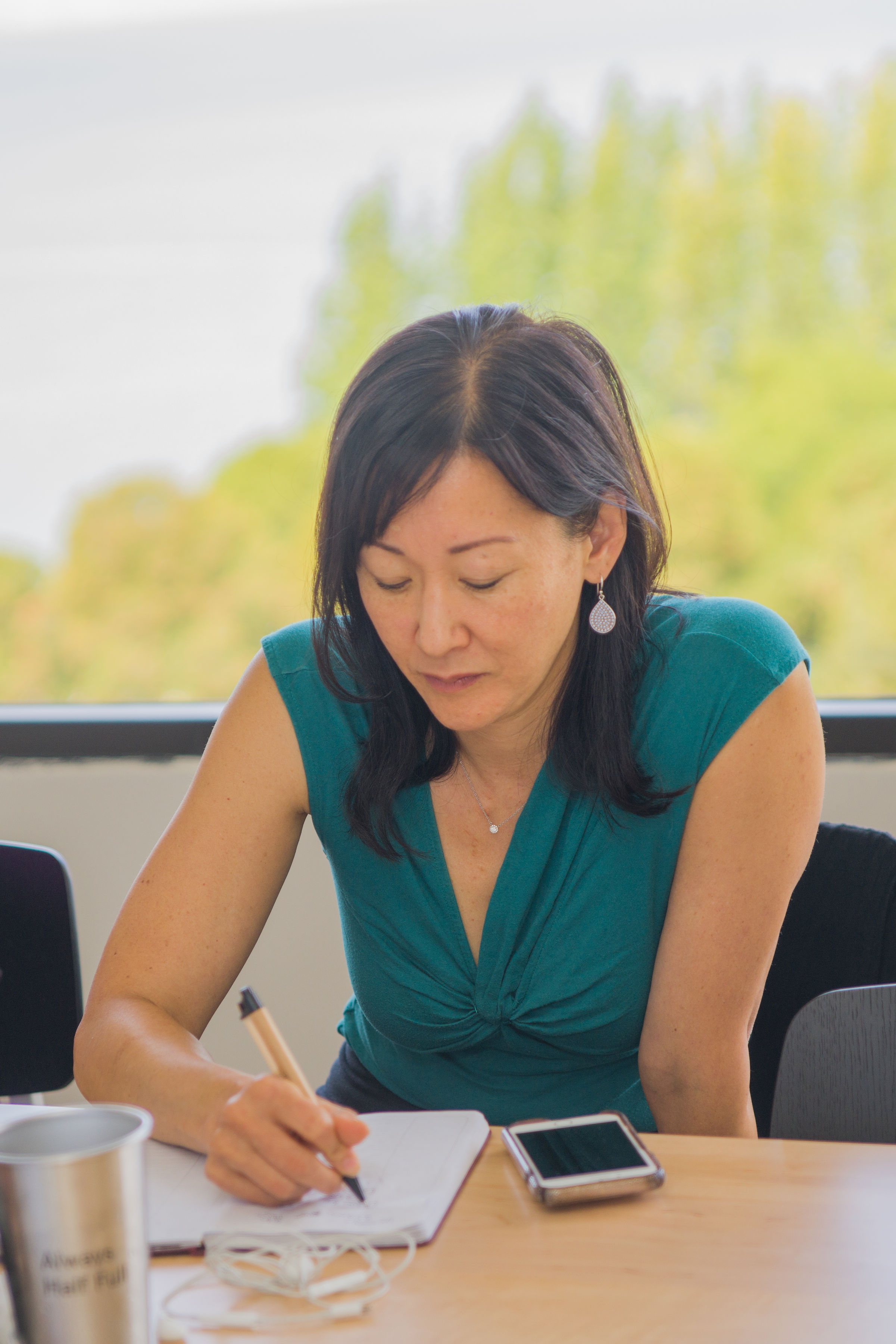 Online dating began back in the late 1990s, around the same time effective medications to prevent the transmission of HIV became available: first, antiretrovirals that suppress the virus in those who are HIV-positive, and then later, in 2012, pre-exposure prophylaxis, or PrEP, which prevents new infections in people who are HIV-negative but considered at risk for contracting the virus.

With the risk of contracting a deadly disease falling to almost zero, condoms fell even more out of favor than they already were, said Park.

“If one man is taking PrEP and the other one is virally suppressed, there’s no HIV risk at all,” she said. “So why use condoms if you don’t mind having a touch of syphilis?”

While syphilis is not benign – it can cause blindness, deafness or brain damage — it is easy to treat. Typically, a shot of penicillin in the butt will cure it.

But diagnosing syphilis can be tricky, said Park, who treats patients with STDs at the San Francisco City Clinic. She often finds herself crouched low in the exam room, “lifting up their scrotum and lifting up their penis,” craning her head to get a look from all angles.

She does these gymnastics to find rashes associated with syphilis. Some are obvious, others subtle. She said doctors in regular family medicine clinics often aren’t trained on where to look, or when.

“The patient came in saying, ‘I’m tired,’” Park said, referring to a common symptom of syphilis. “How many people are going to say, ‘Take off your pants and lift up your scrotum. I want to look’? We only do that at the STD clinic because that’s what we do.”

But specialized public STD clinics, like the one where Park works, have been shutting down nationwide. One reason is persistent underfunding of public health programs, a trend laid bare during the pandemic. Another reason is the Affordable Care Act. In a strange way, the 2010 law, intended to expand access to health care, actually contributed to the closure of STD clinics.

“Honestly, I think everyone thought they weren’t going to be necessary,” Dr. Karen Smith said in 2019, when she was the director of the California Department of Public Health. She said that, once Obamacare was in place, the thought was that STD testing would happen in primary care clinics.

“That loss of anonymous care really was a problem,” Smith said.

The Syphilis Epidemic Reaches Babies, Too

When Christian Faulkenberry-Miranda decided to become a pediatrician, she never thought she’d become an expert in syphilis.

In 2010, shortly after finishing her medical training and starting work at the Community Regional Medical Center in Fresno, California, she began seeing babies with a rash on their tummies that looks like a blueberry muffin. At first she thought it was a common viral infection, until these babies tested positive for syphilis. 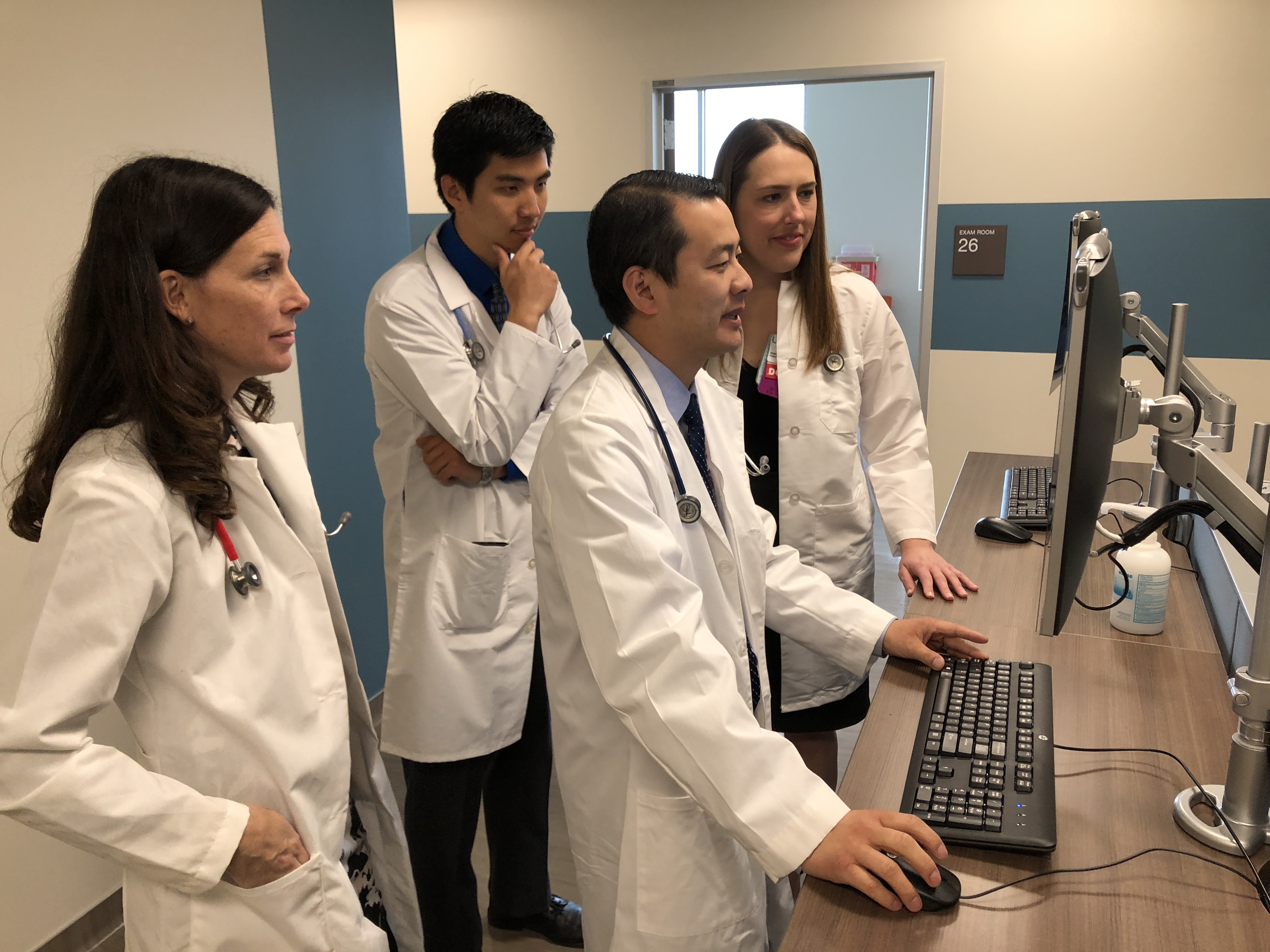 In those early days, Dr. Faulkenberry-Miranda saw perhaps a few instances of congenital syphilis each year. Now she sees two cases every week. It’s important to start the 10-day antibiotic treatment right away, to avoid complications, but she still follows her patients through their first year of life, and often through childhood, to watch for vision and hearing problems, developmental delays, attention deficits and learning disabilities, all of which can result from congenital syphilis infections. In 2019, 128 cases resulted in stillbirth or neonatal death.

“The disappointing thing is that syphilis is very treatable,” she said. “This is something that’s completely preventable, with proper screening and treatment of these moms during pregnancy.”

“How could this be happening? Testing is cheap and widely available. The same treatment we’ve been using since the ’40s still works,” said Park, who has also seen an increase in congenital syphilis cases in San Francisco. “And yet we have this completely out-of-control epidemic among the most vulnerable babies in our society.”

Many of the women who give birth to babies with syphilis have had no prenatal care. They often use drugs — mainly methamphetamine — and are often homeless, said Smith, the former California public health director. This makes them more likely to trade sex for housing, food or drugs. Drug use, in particular, makes women less likely to recognize they’re pregnant at all, and less likely to seek health care if they do.

“They’re very concerned about what’s going to happen when they’re found to be pregnant and using drugs,” said Smith. “They’re concerned that their drug use will be reported and then … their children will be taken away.”

The complications of these women’s lives also make disease investigation and contact tracing very challenging. Veteran contact tracer Romni Neiman remembers the difficulty she has had tracking down pregnant women in her career. Neiman works for the CDC, and before she was redirected to covid last year, she worked on preventing STDs, including congenital syphilis, in California.

She remembers looking for one woman in the late ’80s in Chicago. The pregnant woman used drugs and had been exposed to syphilis. Her housing was so unstable that Neiman went to three places before finding her. The woman had no car, so Neiman offered to drive her to the clinic to get tested. The woman had no safe place to leave her toddler, because a man in the place she was staying was abusive, so Neiman took care of the child while the woman saw the doctor.

“She was just trying to do the best that she can, and she was really afraid,” Neiman remembers. “Sometimes it’s really taxing and really sad. And you come home at the end of the day and you’re like, ‘Wow. Wow.’”

Challenges like those, combined with persistent underfunding for public health, are what led to the initial spike in congenital syphilis in Fresno County in the 2010s, said Park. Local contact tracers couldn’t keep up, and the state had to step in with reinforcements.

The state is taking new measures to address the rates, said Pan, the state epidemiologist, like requiring women to be screened for syphilis twice during pregnancy instead of once. And, rather than wait for women to come in for prenatal care, the state is doing more outreach and screening pregnant women in the emergency room and in prisons and jails.

Pan believes the covid pandemic has created an opportunity to invest in a more nimble response to emerging and reemerging public health issues like syphilis.

“It’s been a really long, hard year responding to this pandemic, but people have really acknowledged and realized the impact of divesting in public health infrastructure,” she said. “I hope that a lot of the resources that we hope to bring to bear in the longer term after this pandemic will benefit STDs as well.”