Throughout the covid-19 vaccination effort, public health officials and politicians have insisted that providing shots equitably across racial and ethnic groups is a top priority.

This story is part of a reporting partnership that includes KCUR, NPR and KHN. It can be republished for free.

But it’s been left up to states to decide how to do that and to collect racial and ethnic data on vaccinated individuals so states can track how well they’re doing reaching all groups. The gaps and inconsistencies in the data have made it difficult to understand who’s actually getting shots.

Just as an uneven approach to containing the coronavirus led to a greater toll for Black and Latino communities, the inconsistent data guiding vaccination efforts may be leaving the same groups out on vaccines, said Dr. Kirsten Bibbins-Domingo, an epidemiologist at the University of California-San Francisco.

“At the very least, we need the same uniform standards that every state is using, and every location that administers vaccine is using, so that we can have some comparisons and design better strategies to reach the populations we’re trying to reach,” Bibbins-Domingo said.

Now that federal, state and local governments are easing mask requirements and ending other measures to prevent the spread of the virus, efforts to boost vaccination rates in underserved communities are even more urgent.

At St. James United Methodist Church, a cornerstone for many in the Black community in Kansas City, Missouri, in-person services recently resumed after being online for more than a year. St. James has also been hosting vaccination events designed to reach people in the neighborhood.

“People are really grieving not only the loss of their loved ones, but the loss of a whole year, a loss of being lonely, a loss being at home, not being able to come to church. Not being able to go out into the community,” said Yvette Richards, St. James’ director of community connection.

Richards said St. James has lost many congregants to the coronavirus, and the empty pews where they once sat on Sundays serve as stark reminders of all this community has been through during the pandemic. 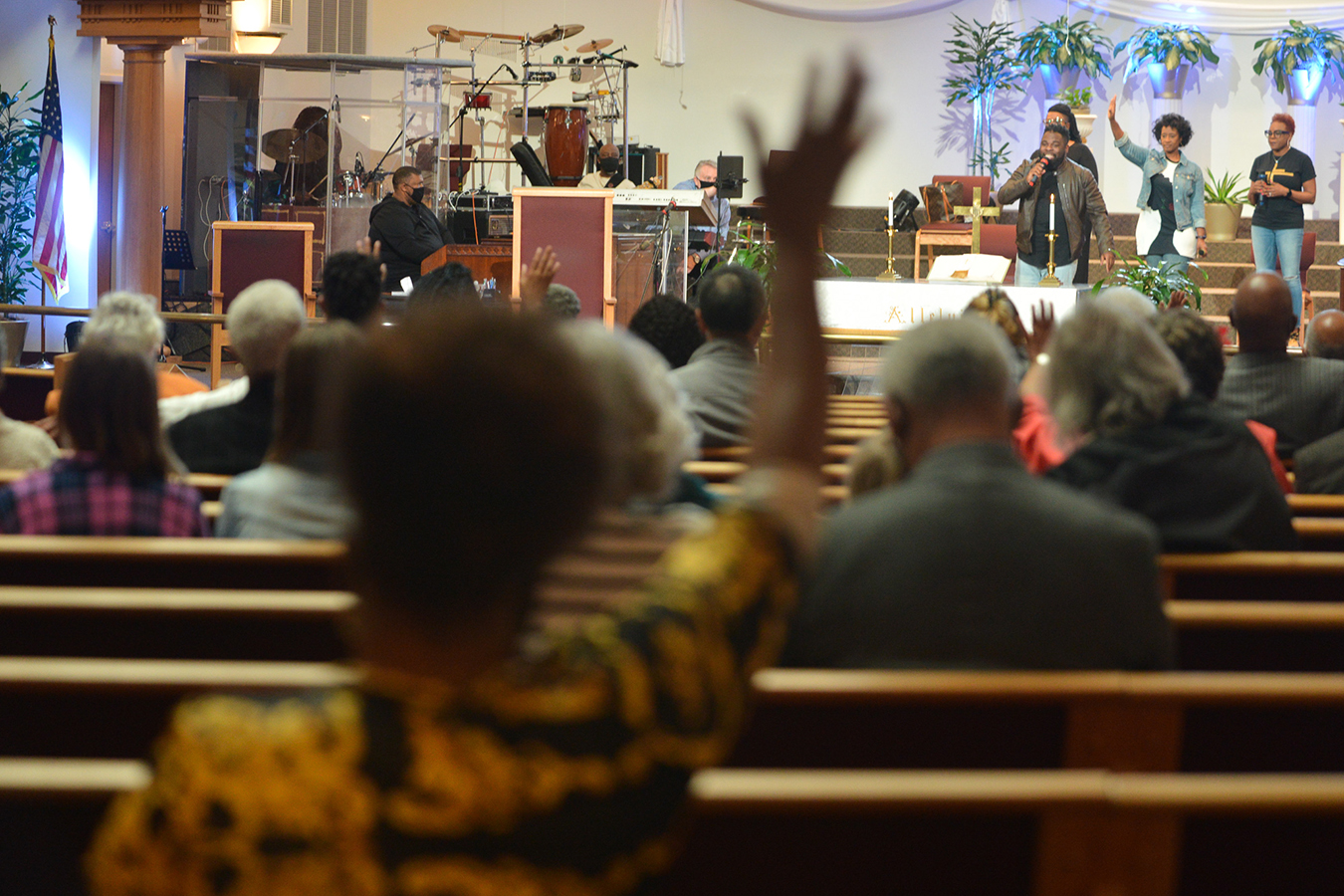 To Dr. Rex Archer, director of the Kansas City health department, one number is a giveaway that this data isn’t right. It shows a completed vaccination rate of 64{556dae1e865ad4cb1aff81550537a4c07ba73ce20e0d02df2b728475a26ac49a} for “multiracial” Missourians. Such an exceptionally high rate for one group beggars belief, according to Archer.

“So, there’s some huge problem with the way the state is collecting race and ethnicity under covid vaccination,” Archer said.

Missouri state officials have acknowledged since February that this data is wrong, but they haven’t managed to fix it or explain exactly what’s causing it. Archer suggested the inflated multiracial rate is probably due to different racial data being reported when individuals receive first and second shots.

Other problems have been detected, including missing racial and ethnic data for many people who have been vaccinated, and the use of multiple categories such as “other” and “unknown.”

Health officials are working to target vaccination campaigns in communities where rates are low, but Archer said the state’s data provides little help.

“I mean, we have to look at it, but it’s got too many variables to be something we can count on,” Archer said.

Though racial and ethnic categories are clearly defined in national U.S. Census data, the same data is not collected uniformly by states.

For example, South Carolina’s vaccination data lumps together Asians, Native Americans and Pacific Islanders in one category. In Utah, residents can pick more than one race. Wyoming doesn’t report racial or ethnic data for vaccinations at all.

Bibbins-Domingo said the missing or inconsistent data doesn’t necessarily mean tracking equity is a lost cause. Vaccination rates for census tracts where racial and ethnic data is known can be used as a proxy to estimate vaccine allocations.

However, Bibbins-Domingo argued that the pandemic has shined a light on racial data problems that have persisted far too long in U.S. public health.

“What my hope is, is that our lessons from covid really cause all of us to think about the infrastructure we need within our state and nationally to make sure we are prepared next time,” Bibbins-Domingo said. “Data is our friend.” 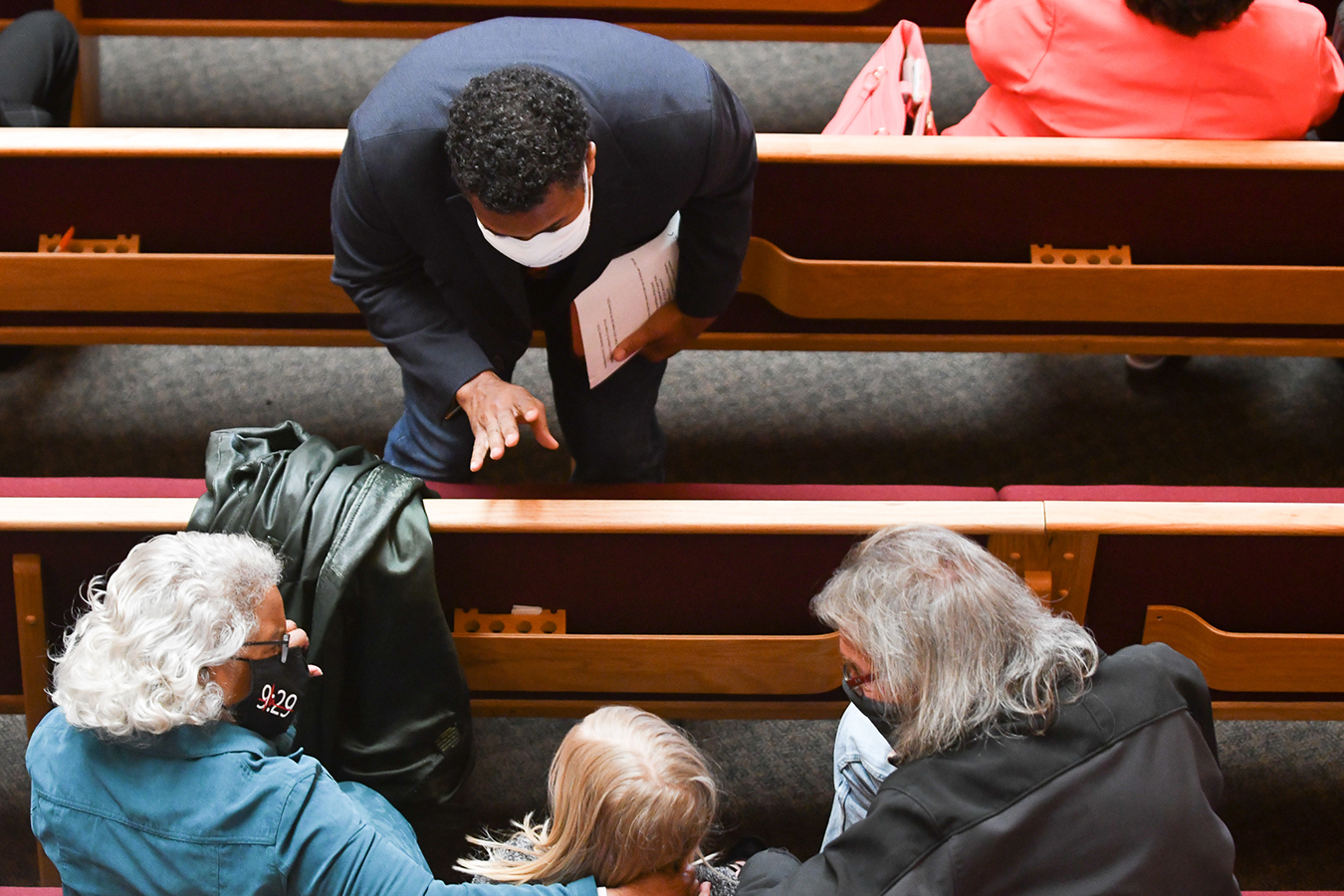 Local leaders and health officials in Missouri are scrambling to boost vaccination rates, especially among vulnerable communities, after Republican Gov. Mike Parson recently announced steps to urge residents back to working in person.

Parson ordered state workers back to the office in May and said he would end additional federal pandemic-related benefits for unemployed workers in June, despite vaccination rates across the state being well below what Missouri health experts had hoped to achieve.

Jackson County, Missouri, which includes most of Kansas City, authorized $5 million in federal CARES funding last month to increase vaccinations in six ZIP codes with large Black populations and low vaccination rates. The project will address problems of both access and hesitancy and focus on reaching out to individuals and neighborhoods.

Although many of the state’s vaccination efforts have involved large mass events, St. James Pastor Jackie McCall said she’s been talking with many in her church and community who need encouragement to have faith in the vaccines.

This story is part of a reporting partnership that includes KCUR, NPR and KHN.