Marissa Castrigno was walking through downtown Wilmington, North Carolina, when she spotted the sign in the window of one of her favorite dance clubs. After months of being shuttered by the pandemic, Ibiza Nightclub was reopening April 30, it announced.

This story also ran on Raleigh News & Observer. It can be republished for free.

Thrilled, Castrigno immediately made plans with friends to be there.

About 50 miles north in Jacksonville, Kennedy Swift learned of Ibiza’s reopening on social media. He, too, decided to attend with friends.

But on the night of April 30, the two groups were in for a surprise — one they would react to in starkly different ways.

In addition to IDs, they learned, they’d need to show covid-19 vaccination cards for entry. The club was letting in only people who had had at least one shot.

“I was shocked,” said Swift, 21. He learned of the policy a few hours before the reopening, when the club posted it on its Facebook page.

He and his friends had to cancel their plans, since none of them was vaccinated. 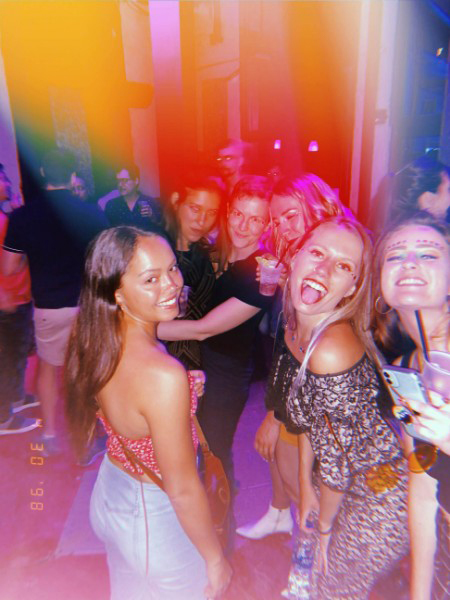 “I’m not against [Ibiza] exercising their rights as a business,” Swift said. “I just think it’s foolish. … This will discourage a lot of former patrons from returning to the club.”

On the other hand, Castrigno and her friends, most of whom had been fully vaccinated since early April, felt the policy made their return to nightlife even better.

“There was raw excitement about going out to a place and feeling safe,” said Castrigno, 28.

Similar conversations are playing out across the country as vaccination rates increase and bars, clubs and other businesses navigate how to reopen. The concept of vaccine passports — which allow people who have been inoculated against covid and are at lower risk of contracting or spreading the disease to participate in certain activities — has been floated for clubs, cruise ships and other spaces where large groups gather in close quarters. The Centers for Disease Control and Prevention’s recent announcement that vaccinated people can safely gather indoors and outdoors without masks has reignited the idea. Yet these passports remain highly controversial and their implementation is largely piecemeal. Many private businesses are making their own decisions, and governments in different parts of the country are adopting varying stances.

In New York, for instance, Gov. Andrew Cuomo announced in early May that places where proof of vaccination or a negative covid test are required can operate at a greater capacity. Some nightclubs there have implemented policies similar to Ibiza’s. In Florida, however, Gov. Ron DeSantis recently signed a law prohibiting businesses, schools and government offices from requiring proof of vaccination, with fines of up to $5,000 per incident.

For Ibiza Nightclub in southeastern North Carolina — a political battleground state — the vaccine card requirement is proving to be a lightning rod. The club’s Facebook post announcing the policy had sparked 70 comments as of mid-May, and posts across other platforms echoed different sides of the issue.

“I am thrilled to see a personal business putting the health and safety forward in order to keep their business running,” one comment read.

Others took a markedly different tone: “This is pretty dumb!”

Last week, after the CDC said vaccinated adults could largely live their lives mask-free, Raleigh restaurant owner Hisine McNeill felt a troubling pang of déjà vu. He owns Alpha Dawgs, a sandwich shop in southeast Raleigh, and said small businesses like his carried the burden of mask enforcement for much of the pandemic. Now, he said, they’re tasked with trusting adults who say they’ve been vaccinated. He isn’t ready to do that. 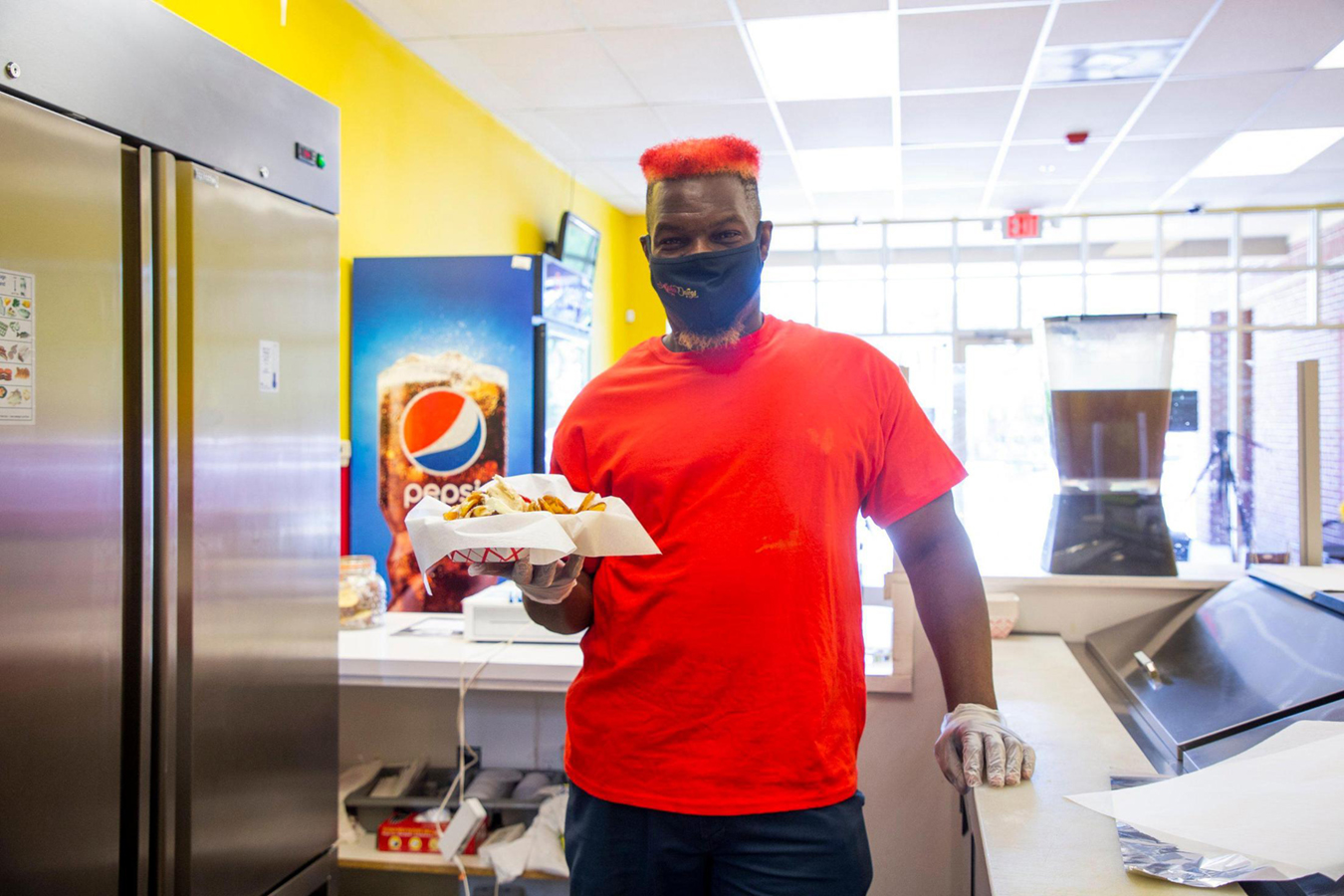 “I don’t have the luxury of taking chances on an honor code,” McNeill said. “If I have an outbreak because someone didn’t wear a mask and have to close down, who’s going to help keep me open?”

McNeill opened Alpha Dawgs in 2018 and, like most restaurateurs, he said, struggled through the pandemic, professionally and personally. He said he has lost friends and family members and doesn’t believe the pandemic is over.

“I know people personally in the ICU still recovering from [covid],” McNeill said. “I don’t need any more examples about how serious this is.”

So McNeill posted a new requirement on the restaurant’s Facebook page. He asked everyone to continue wearing masks unless they were prepared to show him a vaccine card.

“To whom it may concern,” McNeill wrote. “If you decide to come into my establishment claiming that you are fully vaccinated, I WILL ASK TO SEE YOUR CARD. If you don’t want to provide it then you will have to wear a mask in my store. And if you still don’t want to comply with either then I have the right to deny service. Thank you for your cooperation.” 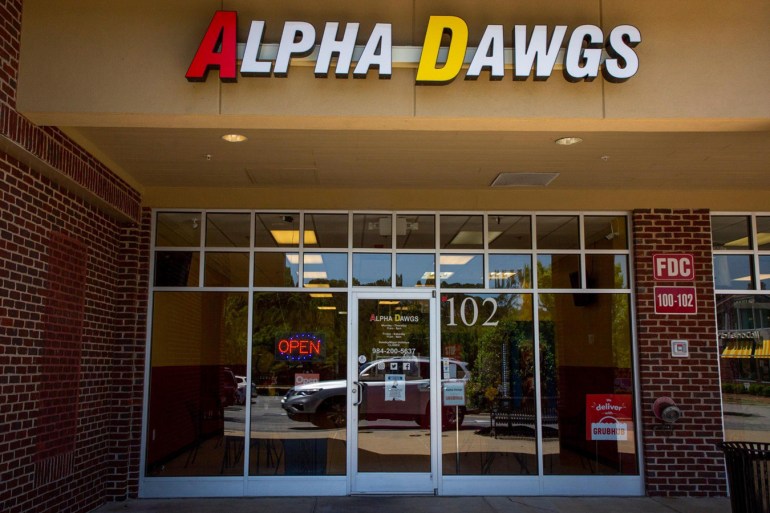 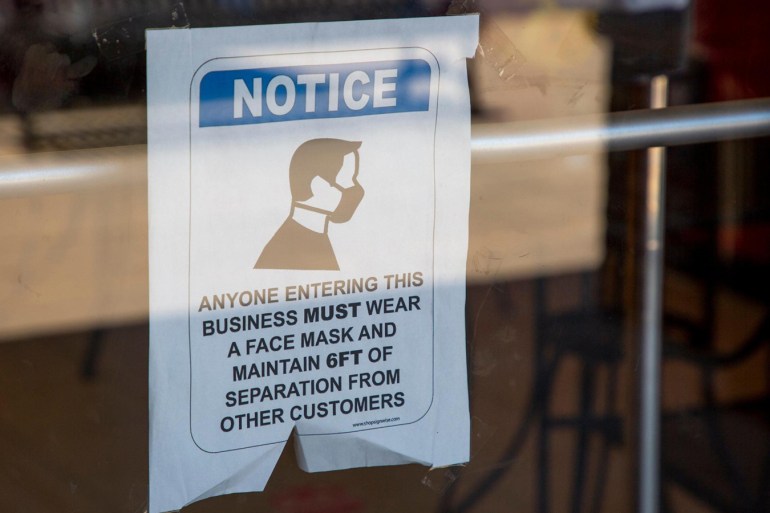 The day after he posted that statement, North Carolina Gov. Roy Cooper eased most covid-related restrictions in the state, including its mask mandate. The Alpha Dawgs post stirred some online debate over masks and vaccinations and led to a few responses, including one from the Raleigh Republican Club.

McNeill felt the Raleigh Republican Club was calling for a boycott. Afterward, he noticed multiple one-star reviews pop up on Google, not from people who had been to the restaurant, but people accusing McNeill of discrimination.

“This is not political for me, this is a personal belief,” McNeill said. “I have an 85-year-old grandmother I see every other week. I’m going to make sure she’s protected.”

Raleigh Republican Club board member Guy Smith said the group’s post was written collectively, but he didn’t see it as a call for a boycott.

McNeill said Alpha Dawgs’ business has not suffered from the online dust-up.

“I haven’t had any problems,” McNeill said. “Only the online harassment.”

Charles Smith, general manager of the club, said he knew the policy would garner backlash, but “we’ve always put the health and safety of both staff and our patrons, and their families, first.”

Since opening as a gay bar in 2001, Ibiza has been a pillar of the LGBTQ community in Wilmington. Although its clientele has expanded over time, it’s still known for drag shows on Friday nights.

Last year, the club shut down March 12, about a week before Gov. Cooper ordered all North Carolina bars and restaurants to stop dine-in service. Ibiza remained shuttered for 14 months, using the time to renovate, Smith said, and leaning on federal and state assistance for small businesses.

When it came to reopening, he said, “the question was: How do we provide the absolute safest experience alongside the nightlife experience we’ve been known for?”

It wouldn’t be easy. Nightclubs are a perfect cocktail of covid risks: lots of people socializing and dancing in close quarters. Alcohol lowering inhibitions. Music forcing people to speak louder, releasing more droplets into the air.

“The concept of social distancing in a nightclub is an oxymoron,” Smith said. And the club’s staff didn’t want to be “the police of nightlife,” trying to separate people on the dance floor, he added.

The safest option, it seemed, was to require people to be vaccinated.

The club waited till all adults in the state were eligible for vaccines before reopening.

Now Ibiza requires patrons to present their vaccine cards or photos of the cards for entry. On reopening night, the club asked customers to wear masks and limited its capacity to 50{556dae1e865ad4cb1aff81550537a4c07ba73ce20e0d02df2b728475a26ac49a}, per an executive order from the governor. But as of May 14, the state lifted its capacity restrictions and masking requirements.

Castrigno, who’d been looking forward to that night for weeks since she saw the sign in the club’s window, said it was “the most jubilant I’d ever seen Ibiza.” Several performers put on a drag show. Customers took turns dancing on poles. Some people wore masks with rhinestones to match their outfits, she said.

She wasn’t surprised that many people took the vaccine requirement in stride. “Queer people are well versed in the risks of public health crisis and protecting the community,” she said, referring to the AIDS crisis, which devastated the community in the ’80s and ’90s.

For James Colucci, who has been a customer since 2016, supporting Ibiza’s vaccine policy is about protecting the club’s employees. Some of them have “spearheaded the [LGBTQ] movement, so we can get together and have events like this,” he said.

But others say the policy is discriminatory and injects the nightclub into people’s personal health care decisions.

Joey Askew, a 37-year-old from Greenville, wrote on Ibiza’s Facebook page, “I’ll never go back to this club until they lift this mandate!!”

In an interview with KHN, Askew said he’s not ready to get the vaccine because there haven’t been lifetime studies of recipients to determine long-term side effects. He’s willing to wear a mask and maintain physical distance, but a vaccine requirement goes too far.

“A mask is something I can buy from anywhere and take off whenever I choose,” he said. “But I can’t take a vaccine out. It’s a permanent choice that [the club] is involving themselves in, and it’s not their place.”

In between the people condemning the club’s policy and those applauding it are many who are conflicted.

Mark Russell, 29, is a nurse in Washington, D.C., who cares for covid patients and contracted covid last year. He plans on visiting Ibiza Nightclub in late May while attending a small wedding in North Carolina where everyone will be vaccinated.

The club’s policy makes him feel safer, Russell said. But he also worries about its effect on people of color, who in many places have faced barriers to vaccination.

“It’s a battle in my own brain, thinking those two things,” Russell said.

For Heidi Martek, 55, the policy raised a personal question. “What about those who can’t get the vaccine?” she wrote on Ibiza’s Facebook page.

She has an autoimmune disease, making her body hypersensitive to any vaccine, Martek said, even the flu shot.

But when commenters on Facebook suggested she sue the club, Martek pushed back. The club is facing difficult choices, she told KHN, and there’s no right answer.

“Whether I can go in or not, I support them,” said Martek, who’s been a patron at Ibiza for six years.

She wants the club to survive the pandemic, unlike other establishments that have closed in the past year.

“It’s not like Wilmington is overwhelmed with LGBTQ clubs,” Martek said. “Ibiza is really important.”