Colorado health officials so abhor the high costs associated with free-standing emergency rooms they’re offering to pay hospitals to shut the facilities down.

This story also ran on Fortune. It can be republished for free.

The state wants hospitals to convert them to other purposes, such as providing primary care or mental health services.

At least 500 free-standing ERs have set up in more than 20 states in the past decade. Colorado has 44, 34 owned by hospitals.

The trend began a decade ago with hopes these stand-alone facilities would fill a need for ER care when no hospital was nearby and reduce congestion at hospital ERs.

But that rarely happened.

Instead, these emergency rooms — not physically connected to hospitals — generally set up in affluent suburban communities, often near hospitals that compete with the free-standing ERs’ owners. And they largely treated patients who did not need emergency care, but still billed them and their insurers at expensive ER rates, several studies have found.

“We don’t want hospitals to have stand-alone ERs, so we are willing to pay to shut them down,” said Kim Bimestefer, executive director of Colorado’s Department of Health Care Policy & Financing, which oversees the state’s Medicaid program. She said using these facilities to treat common injuries and illnesses leads to higher costs for Medicaid, which the state partly finances, and other insurers.

Colorado’s move is part of a new initiative that requires hospitals to improve their quality of care to qualify for millions of dollars in Medicaid payments. Hospitals can choose among goals provided by the state such as lowering readmission rates or screening patients for social needs such as housing. Converting free-standing ERs to meet other needs is one of those goals.

“Money talks,” Bimestefer said in explaining why the state is offering the financial incentives.

Money has been a major driver of the boom in free-standing emergency centers. Hospitals used them to attract patients who could be referred to the main hospital for inpatient care. They are also seen as a way to compete with rivals. For instance, in Palm Beach County, Florida, for-profit hospital chain HCA Healthcare has opened free-standing ERs near competing hospitals in Palm Beach Gardens and Boynton Beach.

In addition, the massive amounts of private equity funds flowing into health care have further fueled the growth of independently owned stand-alone ERs.

The Denver-based Center for Improving Value in Health Care found that most conditions treated in these facilities are more appropriate for lower-acuity, lower-cost urgent care centers. Patients can pay 10 times more in a free-standing ER than in an urgent care center for treatment of the same condition, the organization’s studies show.

Adam Fox, deputy director of the Colorado Consumer Health Initiative, said free-standing ERs have not been placed where health care services are scarce. Instead, they’ve opened in middle- and upper-income neighborhoods where most people have health insurance and access to care. “This push from the state will help” as hospitals rethink whether these facilities still make sense financially, he said. 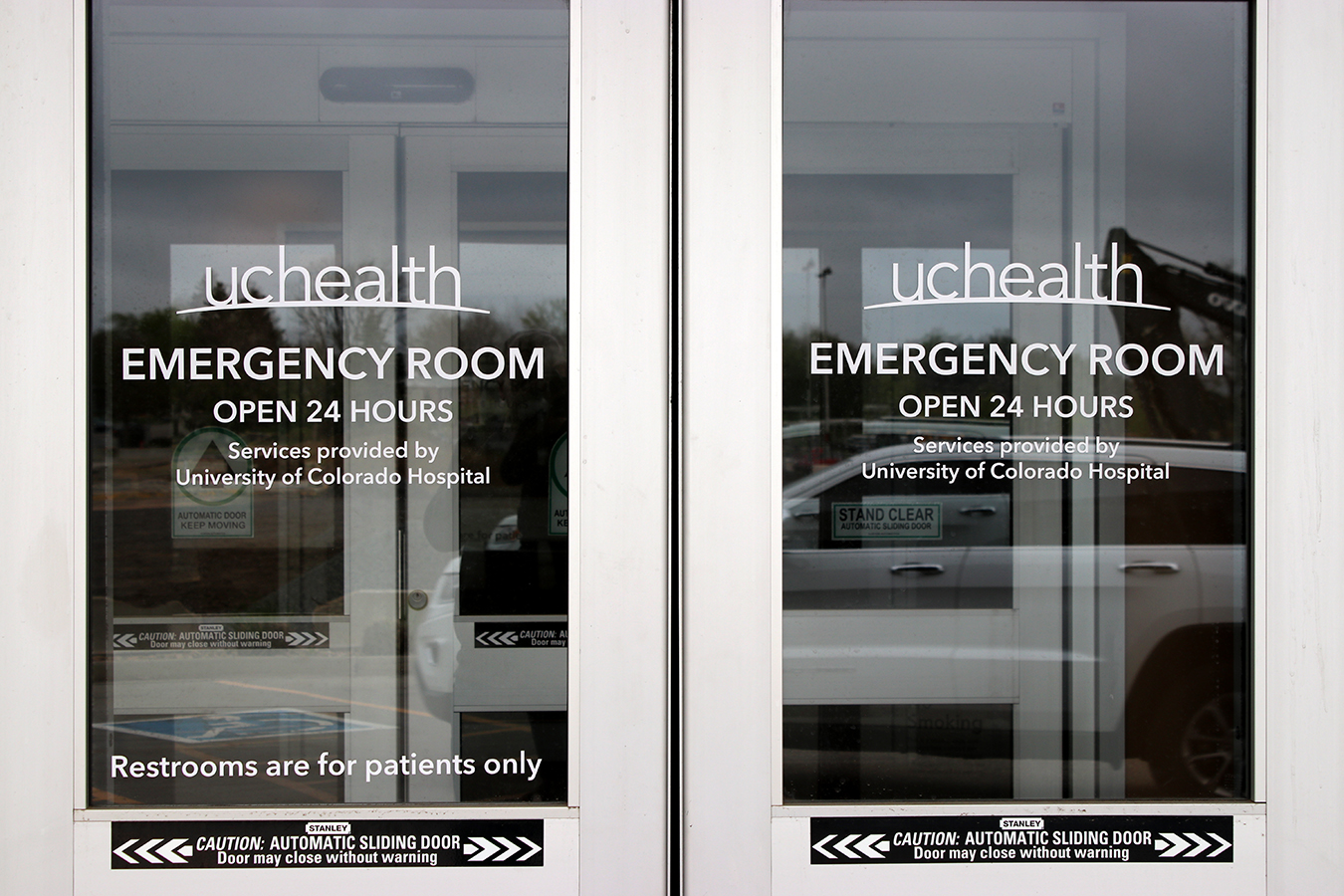 In the past few years, Colorado has moved to make owning these facilities less attractive with laws preventing them from sticking patients with surprise bills for high fees because the ER was out of their insurer networks. It also has required that patients without true emergencies be told they can get treatment for a lower price at an urgent care facility.

The law requires a free-standing ER to post a sign informing patients it is an emergency room that treats emergency conditions. It must also specify the prices of the 25 most common services it provides.

Even before the new policy begins to roll out later this year, some Colorado hospitals started converting these facilities. UCHealth has turned nine in the past two years into primary or urgent care centers and one into a specialty center. It still has nine others in operation across the state.

The conversions were not prompted by state actions, according to Dan Weaver, a spokesperson for UCHealth, part of the University of Colorado. “Neither surprise billing legislation nor price transparency played a role in these decisions — we converted them because we felt patients in these communities needed urgent care, primary care and/or specialty care services close to home,” Weaver said.

He added that the hospital system always stressed that people should use lower-cost services, including urgent care, primary care or virtual urgent care, in nonemergencies.

Ryan Westrom, senior director of finance at the Colorado Hospital Association, said hospitals have converted some of these centers to services such as urgent care in response to changes in insurance reimbursement and other factors. He said he wasn’t sure whether many hospitals will accept the state payments to close their free-standing ERs.

HealthONE, which has eight free-standing ERs in the Denver area, said it has no plans to close any despite the state incentive payment.

Vivian Ho, a health economist at Rice University in Houston who has tracked the growth of these stand-alone emergency rooms, applauded Colorado’s effort.

But she worries hospitals may decide it’s not worth closing a free-standing emergency department and forfeiting the profits: “You have to attack free-standing EDs from multiple angles to get people to stop going to them and to get hospitals from using them as a way to generate extra revenues for care that can be delivered at lower-cost sites.”

They are already facing headwinds. Adeptus Health, the Texas company that’s been leading the trend there and started dozens of the free-standing emergency rooms, often in conjunction with hospitals, filed for bankruptcy this year. And numerous stand-alone facilities closed at least temporarily during the pandemic as demand for care fell dramatically.

Advisers to Medicare are also pushing back on the growth. A recent proposal from the Medicare Payment Advisory Commission, which reports to Congress, would cut Medicare payment rates 30{556dae1e865ad4cb1aff81550537a4c07ba73ce20e0d02df2b728475a26ac49a} on some services at stand-alone facilities within 6 miles of an emergency room in a hospital.

According to a MedPAC analysis of five markets — Charlotte, North Carolina; Cincinnati; Dallas; Denver; and Jacksonville, Florida — 75{556dae1e865ad4cb1aff81550537a4c07ba73ce20e0d02df2b728475a26ac49a} of free-standing facilities were within 6 miles of a hospital with an emergency department. The average drive time to the nearest such hospital was 10 minutes.